Odd photo? Not really. After not using my left hand for two weeks I feel like a T-Rex with tiny, little arms. The burned hand is healing nicely. It is a bit stiff and sensitive. Typing is actually good for it.  Good thing because I have tons of work to do. Because of the injury I am way behind on my goals. But on the bright side I had a huge learning moment for my kids. I am constantly telling them that accidents happen, even when you know what you’re doing. 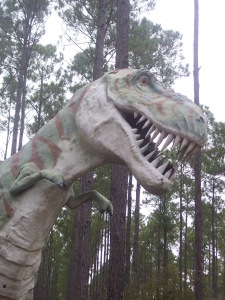 Not quiet the way I wanted to teach that lesson. But I promise you I will think twice before pouring hot water again.

I had two “writer” experiences this week. Both learning related.

1- In my WIP Dead in the Water, my protagonist makes Carrot Cake Muffins. No big deal except it’s April. April? Well, I don’t think of Carrot Cake Muffins until fall. The spices and fruit remind me of fall and cooler weather. I didn’t think of this until I made a batch this week. In reality this probably isn’t an issue, but it bugs me. I may need to change that to Strawberry shortcake or something that screams spring.

2- And the important issue. The short story I submitted for an anthology didn’t do as well as I had hoped. It wasn’t rejected, BUT they want me to rewrite the ending. The sound you hear is me banging my head against the wall. Endings are hard for me. I knew when I wrote Lake Monster that it could cause problems. It leaves too many loose ends. But I kind of wanted it that way. I wanted it to have an open ending. My thought process was spooky stories told around camp fires. Those stores don’t have what I would call closure. They end, but with the feeling that it’s not really over, that maybe it’s just the beginning. I keep telling myself it’s okay. This is the first time I have written a story specifically for a certain publication. And it was written quickly. Anyway, now I need to brainstorm to see what I can do. I like the story and the characters. If nothing else my baby girl loves the story 🙂

#Row80 is an awesome writing challenge that knows you have a life. Be sure to check out other participants and leave a word of encouragement. Round 3 ends on September 22. I appreciate the little counter that was added to the blog.

Red highlights were a total failure.

Pink highlights are goals I’m dropping. Really, no surprise there. I hate them.

Below are the goals completed so far for round 3.

Deep breath. Okay, I have lots to do. I’m not going to panic. I’m just going to pick a project and get to work.

What was your last learning experience?