Finally! I have a new WIP!

My local writer’s group is working on a new anthology with a Mardi Gras theme. How awesome is that?  I’ve written a very rough 3500 words. After a bit of research, I can now go back and flesh the story out. My goal is at least 5500 words. It’s very skinny at the moment. 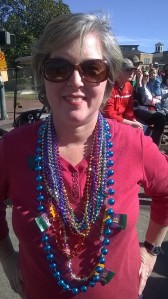 My WIP is set in Mobile (the home of Mardi Gras) and involves an actual Mystic society. The setting is also historically linked to our Carnival season. Which means…I better get it right. The story is fictional. But I want to depict our traditions as true as possible.

There’s nothing worse than reading a book, set in your hometown and about an event you know well, and being pulled out because your brain yells it’s too fake. A reader unfamiliar with the city or events may not have an issue with the inconsistencies. But a native could be annoyed.

That is the problem I’m facing. The anthology will mainly be sold in town (and online) so I want it to feel authentic. Submissions open in October. I’m probably over thinking this a bit.

As usual– there’s a playlist…

Some of these may not seem like Mardi Gras tunes but trust me. It works.

There’s actually another couple of dozen song as well but this gives you a good idea. 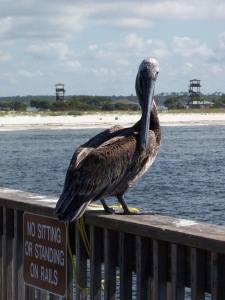 You know that feeling where you are just pages away from finishing your WIP? That’s where I was Thursday. I just finished it, like 5 minutes ago. I skipped check-in Sunday so I could get it finished. I’m so happy. I know first drafts are pretty raw and need lots of work. But the point is I wrote it. I have a major feeling of accomplishment. I won’t even mind doing all the chores that have been totally neglected this week so that I could write. Thanks hubby for understanding. The kids did have clean clothes for school! Hoot! Hoot!

Now, I will put it aside for a while. It needs to rest. I’ll work on a short story final edits while it simmers away.

–Read 4 books a month, roughly 1 book a week.  I finished The Mermaid’s Sister by Carrie Anne Noble, loved it. I tossed several books aside, I didn’t care enough to finish them. I am currently reading, Sweet Tea Revenge (a cozy mystery), Pirate Latitudes, and I Never Thought I’d See the Day. The latter is part of a study for church. 3/4 for March

-Work on self-publishing Book 1. This is my critique project. I have submitted the first 5 chapters.
-Institute Meatless Monday. Nada, big surprise.
-Keep up with the local Critique Group.  I have 1 left to read. I have another week, I got the days wrong!
–Finished!  25,976! I know there are several scenes I need to add. I wrote this one with minimal scene plotting (first time), I expect the final count to be a bit longer when it’s ready to publish.

What reward do you like when you finish a project?

I am currently editing/revising my WIP, Dead in the Water.  I ditched the prologue, I had hoped to salvage it and make it the first chapter, but it wasn’t possible.  I do think the book is stronger without it. 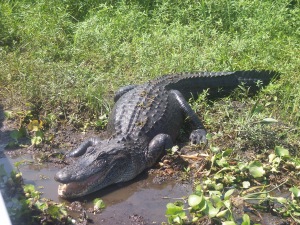 Editing– (according to Wiki.) is the act of preparing material (all kinds) to convey information.

Revising– (according to the free dictionary) is preparing an edited text.

Lovely.  I know there are different forms of editing.  I’m not going through that, but if you are interested here’s some good info:

Knite writes     has been writing a series on how editing will drive you insane.  I have fallen into several of these.  Grab a cuppa and read through her blog, it’s a hoot.

A Writer’s Life for Me has a blog post on how to survive the meatgrinder at Smashwords.  That’s more about formatting than actual editing, but I thought I would add that as well.

I’ve edited about 2/3 of my WIP.  Some days it’s quick and easy, others it’s like growing tulips in the South.  It just ain’t happening.  I don’t know how other writer’s do it, but for me it can look like this:

pages 1-12: delete and add info in other places

page 16: too much description, get rid of 3 paragraphs, tighten to make it less passive (show don’t tell)

pages 22-25: change dialogue of this character, he’s bland and sounds like someone else. Make a note to check his voice throughout the book

Obviously, this scenario is an exaggeration, but not by much.  I don’t enjoy editing as much as planning and writing.  After a while, I tend to over think grammar and question every use of punctuation.  At the same time, it’s interesting to see your manuscript change and evolve into a better piece of writing.

How do you edit?

Sitting in church Sunday I had a great idea.  I get lots of ideas at church.  Don’t go to another post, this is not a sermon.  Keep reading.  The sermon mentioned pride.  WOW.  That is a great character flaw.  It reminded me of a couple of characters in my WIP, Dead in the Water.

The characters we create should be 3 D, that means they must have flaws.  Don’t over do it and cross into melodrama, but they can not be perfect.  No one likes perfect.

Let’s look at pride.  (I promise not to hold up actual people as example)  According to the 1985 edition of Mr. Webster’s dictionary, pride is as follows:

(n) 1.  state of being proud  a. conceit    b. reasonable self-respect   c. delight from an act, possession, relationship

4.  a source of pride/best in class

6. a showy or impressive group

By the time I made it to #6 I had a vision of prancing peacocks.  For this post, I will ignore the last few definitions and concentrate on those related to characters.

Small amounts of pride are evident and even necessary for characters.  It’s called positive self-esteem.  Unless, your character is suffering low self-esteem, they will have some level of pride. Small amounts of pride are OK.  Left unchecked by humility, it causes problems.   The clique is easy, the husband that refuses to ask for directions and wanders aimlessly around the countryside waiting for some magic hand to point him in the right direction, or the mother who thinks her child is perfect and never does anything wrong.

Having gone to Sunday school my whole life, pride comes before the fall, has been drilled into my brain.  Unless you work in Washington DC and then you are rewarded for it.

What does this mean for our characters?

Pride usually starts small, being rewarded for good work.   Constant praise morphs into blind pride.  It can be based on achievement.  Here in the South it tends to be based more on gender rolls and college football.  Pride also comes from personal image, or their perceived image.  It doesn’t have to be how others actually see them.  A character who sees themselves as a pillar of the community and likes to show off his/her “perfect” life will take drastic measures to keep that image.

My MC is named Coco.  She was created out of frustration.  I was tired of reading cozy novels where the protagonist was tall, thin, gorgeous, and financially stable.  I wanted one to be more realistic.  Coco is a little short, and curvy.  She looks like I imagine most American women look.  She’s working on her second career after she failed at being a reporter.  She’s not visually perfect, but she does have a positive self-image.  Her problem with pride shows up in an unlikely place.  She get’s mixed up in a murder investigation and everyone tells her she needs to stop and let the police handle it.  This is where most Southerners have a problem with pride.  Now that people think she can’t do it she has to prove them wrong.  Her pride is wrapped up in her abilities, it also makes it hard to ask for help when you’re in over your head.  Of course, things don’t work out and she ends up in a dangerous situation.  I’m not telling any more, I hope the book will be out before I die.

Pride causes people to become arrogant, can put them in dangerous situations, and can alienate others.  It’s an easy flaw to give a character, because so many people actually have it.  Go ahead and tell me my biscuits are not as good as yours!   The fun is finding new ways to make that flaw evident.